Flexicurity for the Self-employed

By Erika Watson on December 29, 2012 in Blog, Inclusive Entrepreneurship, Women in Business 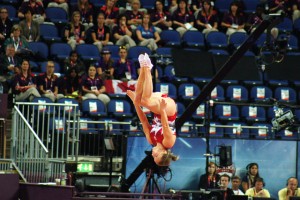 The article was first published as ‘Security for the Flexible’ by the Fabian Society, October 2012, in their Policy Report ‘New Forms of Work.’

The UK will need entrepreneurial talent and innovation if we are to pull through and thrive after the great recession. The summer’s Olympics showed what can be done when the infrastructure is in place to nurture, identify and support talent. But while government rhetoric, whichever party is in power, champions the self-employed risk-takers who’ll make it happen, in reality they receive very little support. Rising flexibility is instead matched with diminishing security safety nets. Increasingly only those with personal wealth or assets are in a position to ‘go it alone’. Team GB Enterprise is anything but fit for the future.

Where we are now

Our economy is undergoing a fundamental restructuring. Self-employment is at an all-time high. Chartered Institute of Personnel and Development research shows it has absorbed around 40% of employee jobs lost since the recession began: 14 per cent of the working population in the UK are now self-employed, over 4.1 million people.  Many commentators believe the shift is permanent: even more of us will become self-employed, flexible workers in the post-industrial, global economy.

In fiscal terms the implications are initially worrying. Over half of the self-employed earn less than £10,000 from their business ventures each year, according to HMRC. It is estimated that 83% earn less than the average wage. With self-employment taking the place of a good proportion of lost public sector jobs it is little wonder that GDP has declined while employment appears to be holding up.

The shift from employment to self-employment is likely to mean significantly reduced tax revenues for the exchequer and increased vulnerability for workers.  Pensions are a pipe-dream for most of the self-employed. There is often no sickness or maternity leave provision, little to reinvest in training or development. There’s no question that it takes guts to go it alone. The self-employed live with risk and most of them without much security. They are our economic shock-absorbers.

To some extent the self-employed trade income and security for the immense psychological benefit of having control over their working lives. People who work for themselves, in common with those in higher-status jobs, generally have a greater sense of well-being.  In the longer-term of course everyone who works for themselves hopes to be able to establish security and prosperity. And large numbers do.  Firms with less than 5 employees accounted for over 50% of new jobs in the UK between 2001 and 2008. Most new jobs in the next 15 years will be created by businesses that don’t yet exist.

Just like our Olympic medallists (those with a private school education were around 5 times as likely to win a medal) underpinning personal wealth and assets makes a huge difference to business success rates. Privilege alone isn’t enough of course, but it can keep you in the game long enough to benefit when a break comes along. It can also provide investment capital or financial leverage; there is a relationship between the level of capitalisation and business success.

As in other areas of life, like sport and the creative industries, where there’s no easy way around the immense hard work, commitment and talent needed to succeed, entrepreneurship can sometimes offer a better route to upward social mobility than paid employment. But while we all celebrate the rags to riches success of Mo Farah and Jessica Ennis; Alan Sugar and Michele Mone, the reality is that in all of those areas of achievement you still have a much greater chance of success if you start from a privileged background.  Social mobility has narrowed and inequality has widened in the UK. In the last twenty years we’ve moved from being one of Europe’s most equal societies to one of its least equal.  We’ve become a more rigid society where more people are stuck in the same social and economic groove as their parents. The health and social costs are high. And the cost of squandered potential is higher still to our future prosperity.

The world of work is changing fast. Our current system of work support is still designed for traditional full-time work and unemployment. Unions have rightly fought for and won greater rights for agency workers and other salaried-workers-in-flexible-clothing.  But the growing numbers of genuinely self-employed fall largely outside industrial structures of representation, support and security.

The self-employed, as a group, have little bargaining power. Instead of being seen as an economic opportunity by government, they are easy pickings for deficit reduction. Working Tax credits, which have provided a buffer to the downward push on incomes and increasing inequality wreaked by globalisation, are to be axed by the Coalition Government and replaced by Universal Credit. Over 900,000 families on Working Tax Credits are dependent on some income from self-employment; 600,000 have a self-employed person as the main earner and 390,000 have income from self-employment only, figures from the Department of Work and Pensions (DWP) show. The draft regulations for Universal Credit for the self-employment propose a new JSA or DLA type regime of intensive assessment. Start-ups, early stage businesses and the low-paid self-employed will need to provide regular reports on their efforts and monthly cash-flow information to the DWP. And if they are not earning the equivalent of the minimum wage within a one-time one-year period, they’ll be ‘required to seek other work’.  In reality, most businesses take more than one year to establish and they do much better with real investment and support. The punitive approach is likely to push more ‘off the books’ into the informal sector, with less tax paid and less chance of business growth, employment and tax revenues in future: a downward spiral for us all.

Training and development support for those becoming self-employed is a similar story of neglect or avoidance from recent governments. New Labour’s training and development budget to support each new business start-up was around a paltry £400 per business when they left office. The Coalition’s approach is based on unpaid volunteers, so it is likely to cost even less. (By contrast the Coalition’s flagship Regional Growth Fund, aimed at creating new private sector jobs, is investing £33,000 per new job. With minimum bids of £1million little of this investment is going into small business.)

In common with our winning Olympics strategy, recent governments have also had occasional, selective schemes focused on ‘picking winners’: identifying and getting behind the small number of start-ups with the perceived potential for high-growth.  But unlike the Olympics, Team GB Enterprise lacks the grassroots infrastructure which has supported increased engagement with sport at all levels.  High-growth ‘gazelles’ are important, but they create just one third of the new jobs created by micro-businesses.  They are also notoriously difficult to identify in the early stages, especially by government. And they are more likely to thrive in areas with a larger number of small businesses. An environment where micro-business start-ups are effectively supported has wider benefits.

Flexicurity for the self-employed

Some European countries have begun to develop employment law frameworks that enable a more effective balance between security and flexibility. ‘Flexicurity’ has been taken up most enthusiastically in Denmark. There, employment law around hiring and firing has been weakened in return for a much more robust and respectful system of support and security for people between jobs. Government shares the greater risks of insecurity through accessible lifelong learning and retraining programmes, job and career development and enhanced levels of unemployment benefit.

Understandably Unions across Europe have resisted flexicurity. Hard-won employment rights once lost will be almost impossible to regain. Flexicurity may make sense as a reframed social contract for a faster-moving, globalised economy, but workers will want absolute confidence that successive governments will keep their side of the bargain.

Flexicurity for the self-employed makes more immediate sense. The pillars of flexicurity are fundamental for small business success. They include: life-long learning (maintaining up to date skills is a massive issue for small businesses); effective state-backed social insurances (this would enable businesses to deal with critical business shocks, such as losing key customers, sickness or maternity); and more reliable contractual arrangements (cash-flow issues caused by late or non-payment of customers’ debts are the biggest cause of business failure). In essence flexicurity for the self-employed would provide the support and security to make Team GB Enterprise fit for the future.

Unions and associations for the self-employed have a role to play in providing a collective response to some of those needs. Some like the Musicians Union are already doing a great deal to support the collective interests of self-employed members and there is surely an opportunity here for other UK unions to widen their remit to welcome this new generation of vulnerable workers.

Accessible business support and finance programmes like microcredit and CDFIs (Community Development Finance Initiatives) can help even the playing field too. But while unions, associations and CDFIs can mitigate some of the insecurities, and provide a voice to promote common interests, government also needs to play its part by providing a fair level of security to balance the risks of flexible own-account working and increase the odds of business success and growth.

More people are becoming self-employed than ever before and it is a trend that is set to increase. For every 100 public sector workers, there are now 70 self-employed people – 9 more than there were just two years ago.

The new self-employed are different. While the traditional, male-based self-employed trades have stagnated or declined during this great recession, the new self-employed are more likely to be female, knowledge-based workers and middle-class. Some will have the assets and personal wealth to remain secure while their business takes root and starts to grow: a redundancy cheque, savings or inheritance. But most people in the UK have no such personal safety net: one in five has no savings at all and a further 35% have savings of less than £500.

A laissez-faire approach to sporting success delivered one meagre gold medal in Atlanta 16 years ago.  We can expect no better from laissez-faire enterprise. We will all benefit, from increased enterprise-led employment, tax revenues and innovations, when we have an economic infrastructure which supports enterprise for the many, not just for the few.

Photo: Canada’s Rosannagh MacLennan on her way to Gold in the Women’s Trampolining at London 2012. Pic courtesy of Daniel Coomber via Flickr.

Jobs for the Girls: Time for a Progressive Women’s Enterprise Strategy
Feminomics – A New Perspective on Gender and Leadership